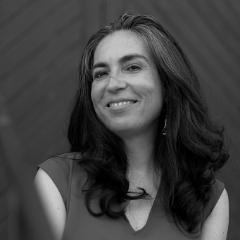 Tanya Talaga is the Director and Executive Producer of Spirit to Soar, Executive Producer for Auntie Up!, Creator of 7 Truths, and Author of Seven Fallen Feathers: Racism, Death and Hard Truths in a Northern City and All Our Relations: Finding the Path Forward.

Tanya Talaga is Ojibwe with roots in Fort William First Nation in Ontario, Canada. She worked as a journalist at the Toronto Star for more than twenty years, and has been nominated five times for the Michener Award in public service journalism. Talaga holds an honorary Doctor of Letters from Lakehead University in Thunder Bay, and shares her expertise on the boards of PEN Canada and The Narwal. Tanya is the President and CEO of Makwa Creative, a production company focused on Indigenous storytelling.